Remember when I first said I caved just to follow @BravoAndy?  I think I came up with a lame twitter name (or whatever it's called when you name yourself on twitter.)  I told myself I would just follow people and then read their tweets.  Well, after I joined, I forgot about it for awhile and then never checked twitter.  Recently, however, I got the idea to change my 'name' to something catchy and now my tweet name is iamdawndi.  Perfect for me, right?  Well, I AM Dawndi.  ha.  And then all of a sudden...I got sucked in!  I can't help it.  It just happened.  My friend Melisa sent out her 'posse' (as I call it) to follow me, so I followed them back.  I guess that's the proper twitter etiquette?  I don't know.  That's what I heard, though.

So yesterday, I sent out the tweet, "It's Friday, it's sunny and I'm not afraid #fridaythe13th." or something like that.  Then I tweeted, "I just used my first hashmark!"  I was so proud of myself.  Then, I got crushed (not really) when I got a tweet back by Melisa saying that it's really called a hashTAG.  ugh.  That's ok, though, because I made up a new word, just like her mom who calls tweeting, 'twixxing.'  hehe

hahahahaha!!! Sorry to "crush" (not really) you! hahahahaha!

Dawn
I'm married to a fabulous man who also happens to be my best friend. We have a wonderful son who is a college student. Life is good! 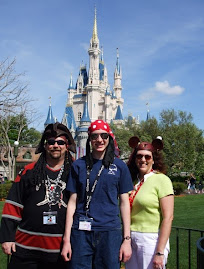